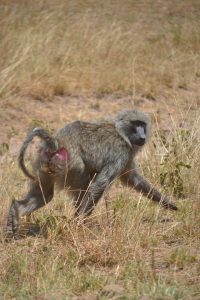 It’s seriously amazing the glass windows of the vehicles don’t blast out. The vibration from the road and the rocks flying and smacking the Toyota Landrover is intense. These SUVs take a lot of abuse and they stand up to the challenge.  We jump into the SUV and take our shoes off.  It allows us to quickly jump up on the seats and peak our heads out the top!

It’s Rush Hour…Go! Go! Go! It’s a “dic dic in the tree” – code for something Limo doesn’t want to yet tell us to avoid disappointment. We race! And we must be very, very quiet. Ranger radio is exploding! It’s a cheetah eating prey! We watch in silence. Finally he is full, his appetite satiated and he wanders on.   The other vehicles take off but we stay and watch. The vultures are already circling the blood ridden prey. They take their positions in the nearby trees. Two of them, then three, four, NINE! FOURTEEN VULTURES!! One brave one lands near the carcass and has a buffet to himself. The others sit nearby waiting. 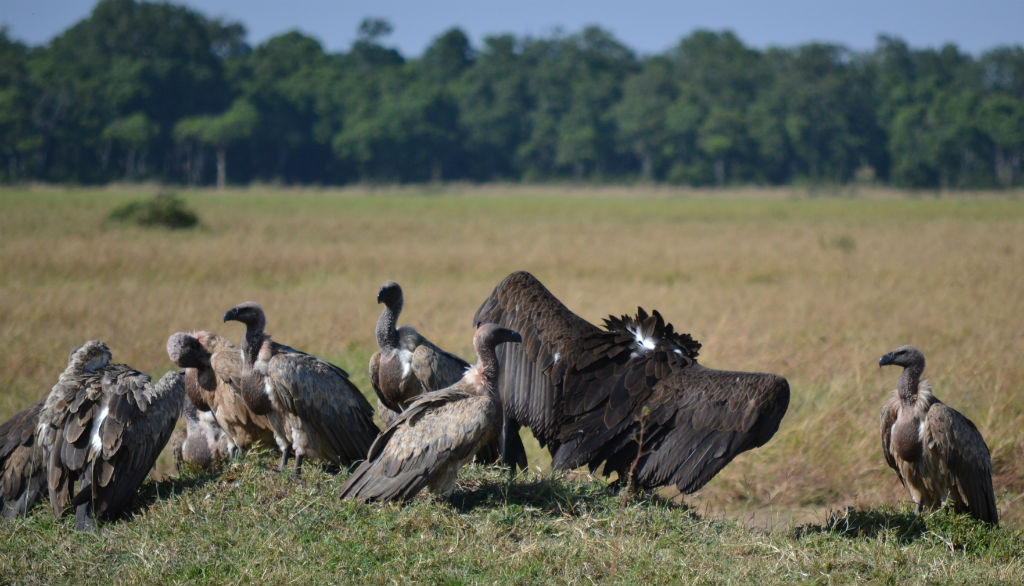 Vultures coming in for their prey.

When jackals and hyenas see the vultures circling it is their cue prey is in sight. We have no evidence but imagine they’re on the grasslands highway traveling to join this feast. The other vultures fly in after 12 minutes and fight to get their share of the meal. A noise from a vehicle frightens them all away. We wait… 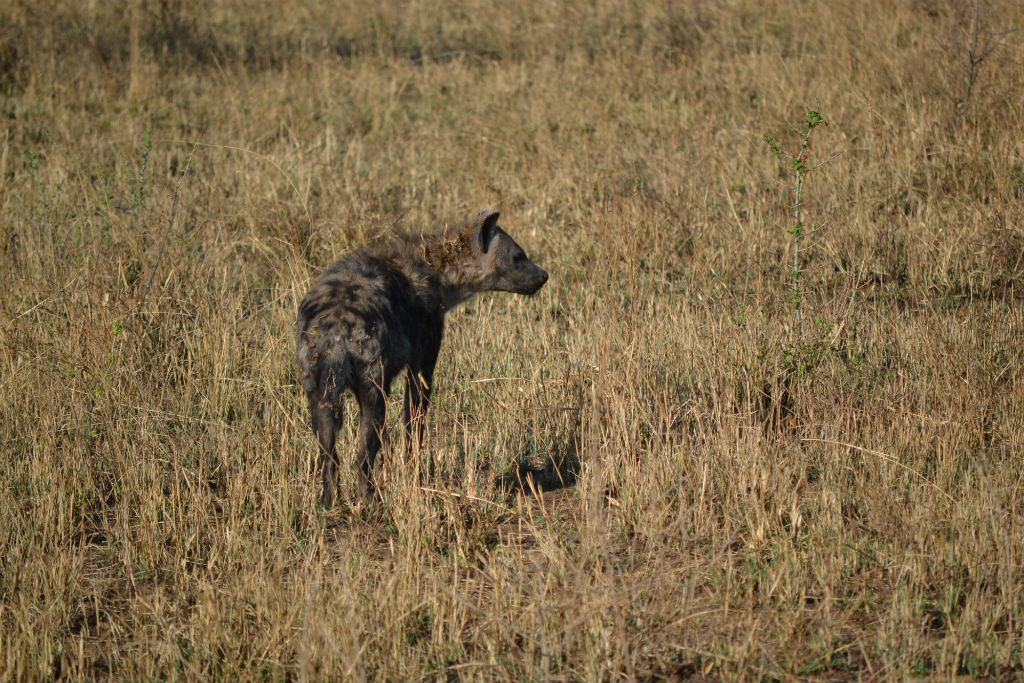 In the distance the jackal is running towards the sight of the vultures. He does not know where the prey is located so he must search and keep his eye on the vultures. He will have a tough fight however because the vultures can easily chase him away. The jackal circles the local grasses. He cannot smell the prey. He is lost in the grasses and the vultures are easily frightened by the smallest of sounds. After 40 minutes we decide to move on. We’ve witnessed another chapter in nature’s story. 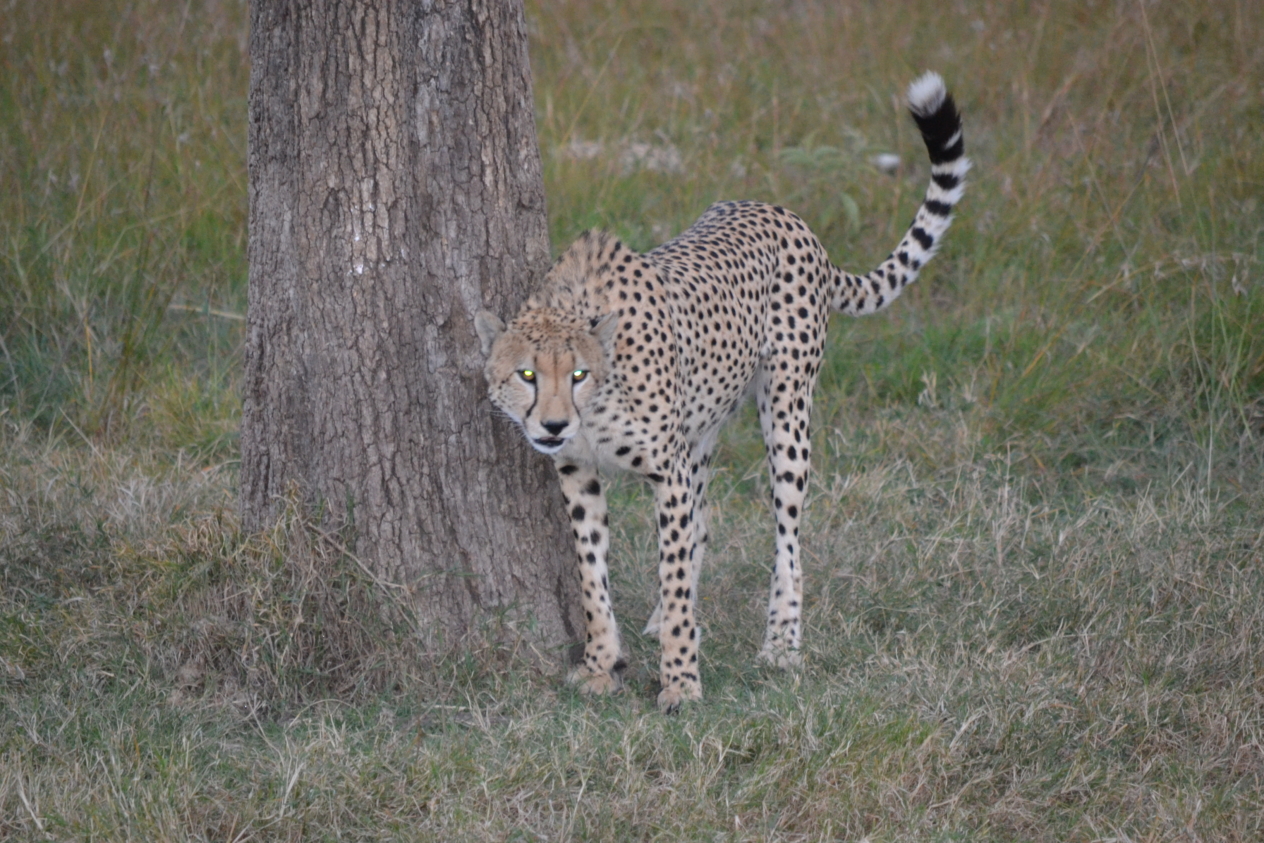 The Cheetah retreating after his race.

The dust in the Serengeti is in no short supply. The roads are rocky, there are brown, dry grasses and green grasses alike.  One thing that can be guaranteed in a day’s game drive is that you will come back covered in dust. You will blow out a dirty nose and will feel the sediment wash down your body in the shower. This is Serengeti.

Cheetahs can run 0 to 50 mph in three seconds!