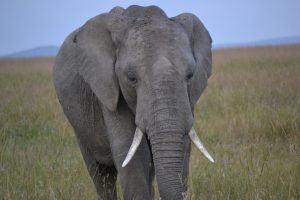 It’s 5:30 am. It is dark and cold and we are readying for our air charter to the Serengeti. The continuously paranoid eight-year-old asks, “Are there a lot of mosquitos there? I need bug spray.” His fear is unknowingly legitimate this time. The Serengeti, we will learn, has an abundance of tsetse flies and will be the first place we have visited to overly encourage the use of bug repellant.

We make our way down the dirt roads from the Ngorongoro territory to the main, paved road. It strikes me how the majority of vehicles you see are safari vehicles. There are a lot of native people walking, some biking and even fewer on motor bikes – perhaps indicative of the lack of wealth within the population. We remorsefully say goodbye to Spiros. He’s been such a large part of the wildlife knowledge we have gained and so kind to share his passion and love for his country with us. We are indebted and will remember him for a very long time. 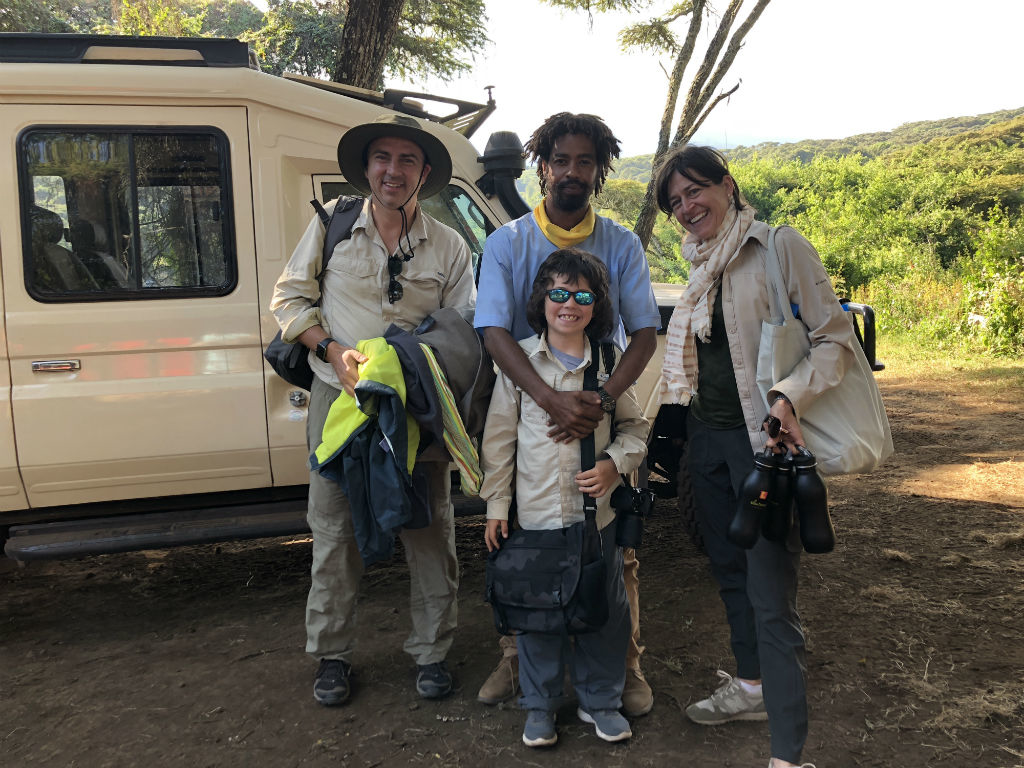 We board the 12 passenger plane (plus the pilot) and make the 35 minute flight to the Serengeti. The sight of animals begins to emerge as we descend and I am hopeful there are none on the dirt runway as we land! We find ourselves literally in the middle of the largest national park, the Serengeti. Serengeti means endless plain and was named by the Masai tribe. We meet our new driver, Limo. (Lee-mo)

The grasses of the Serengeti are much higher than the other parks and the trees are scattered. Limo asks if we can take a detour because he would like to “rush” to see something – sure, we have no agenda. He says again we must rush! No problem – but hang on to your seats! The vibration of the dirt road at high speeds makes you feel like a human typewriter. Full. Body. Convulsions. We are rushing to see a leopard but we don’t arrive in time. Ranger radio calls out something else in Swahili. Limo says we have to rush… Since Limo has affectionately named Luca the “boss of the safari” Limo confirms his approval. “Let’s go!” Luca exclaims, “It’s rush hour!”  Type, type, type, head bounce, full body vibration….we rush to find a lioness – and she’s there alone.  Public Service Announcement: if you get car sick, safari is not the vacation for you. Stick to National Geographic documentaries. 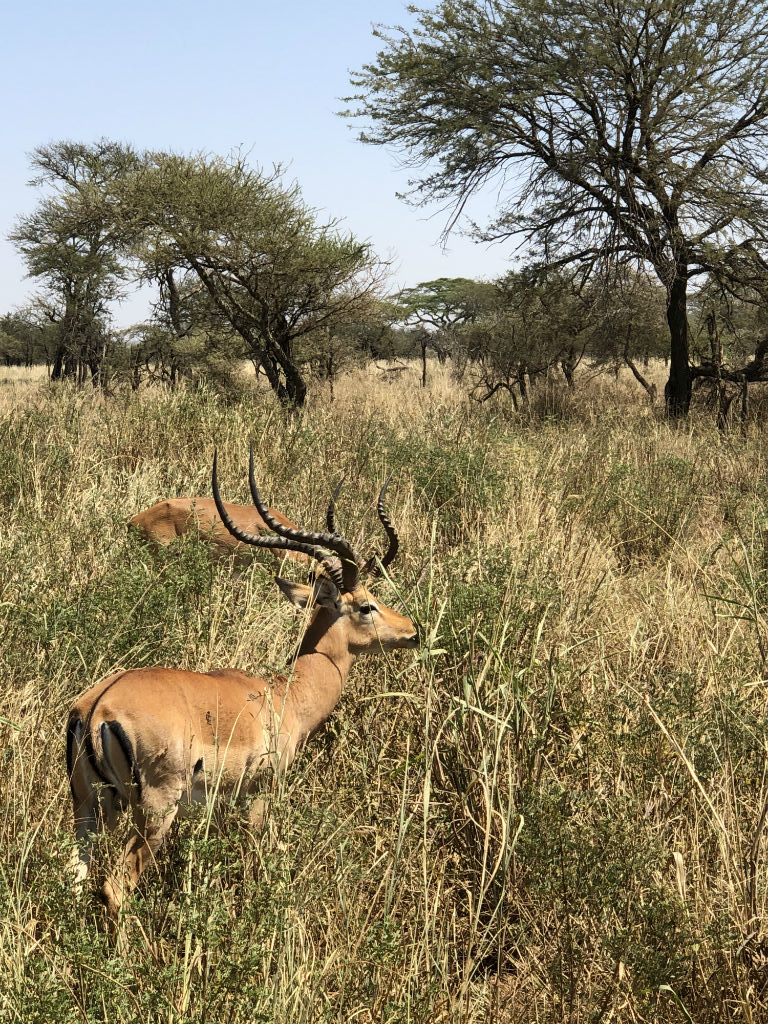 A Thompson Gazelle in the Serengeti National Park

The hotel is deep within Serengeti and at one final turn it remains another 15 km away. We finally arrive at African splendor. The integration of the local culture with design is breathtaking. A blended use of readily available African materials: rich mahogany and other woods, leather tables, leather framed mirrors, grass cloth and traditional Masai patterned fabrics. Twenty feet tall Mahogany wood screens carved in African shapes and tribal members creates a circular welcome in the center. Smaller wood carvings create screens to the outside and a mosaic of light shines through in the evening. 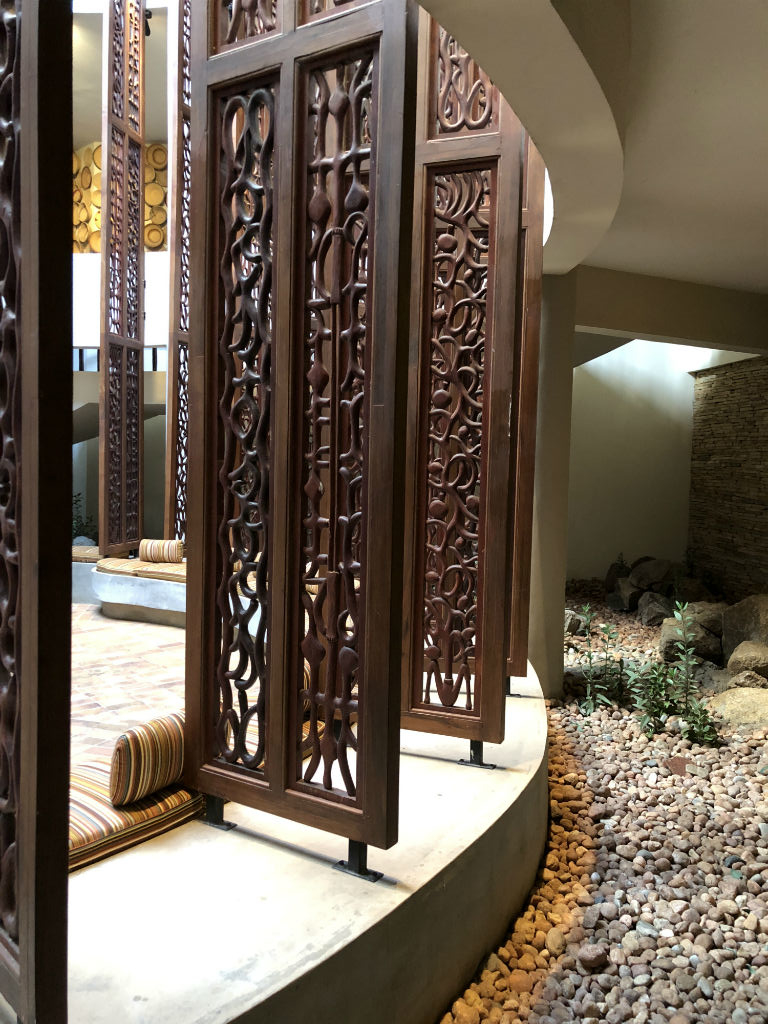 Kids club has Xbox and football. Luca tells us we can go on the game drive and he will stay there. After 10 days with no other kids and an over-tired child, we laughably understand when he tells us, “You guys are so boring.” We can’t complain. He’s been a hearty traveler going with the flow, going to sleep at 10 pm or later, waking at 5 or 6 am; eating whatever is on the menu and trying many new things. We will find time for the kids club!  After lunch and a brief rest at the hotel we have an afternoon game drive.  We’re like experienced gamers now, game snobs, we don’t need to see more gazelles – we’ve seen a thousand; Zebras? Seen hundreds…show us the leopards, lions and cheetahs! Unlike the other national parks the Serengeti is massive.

Ranger radio announces a find. Limo keeps us in suspense. All we know is that it’s “rush hour”! We race towards the spotting of a leopard! Our first one of the trip. He is sleeping but we don’t mind. Just to see him up close is enough. 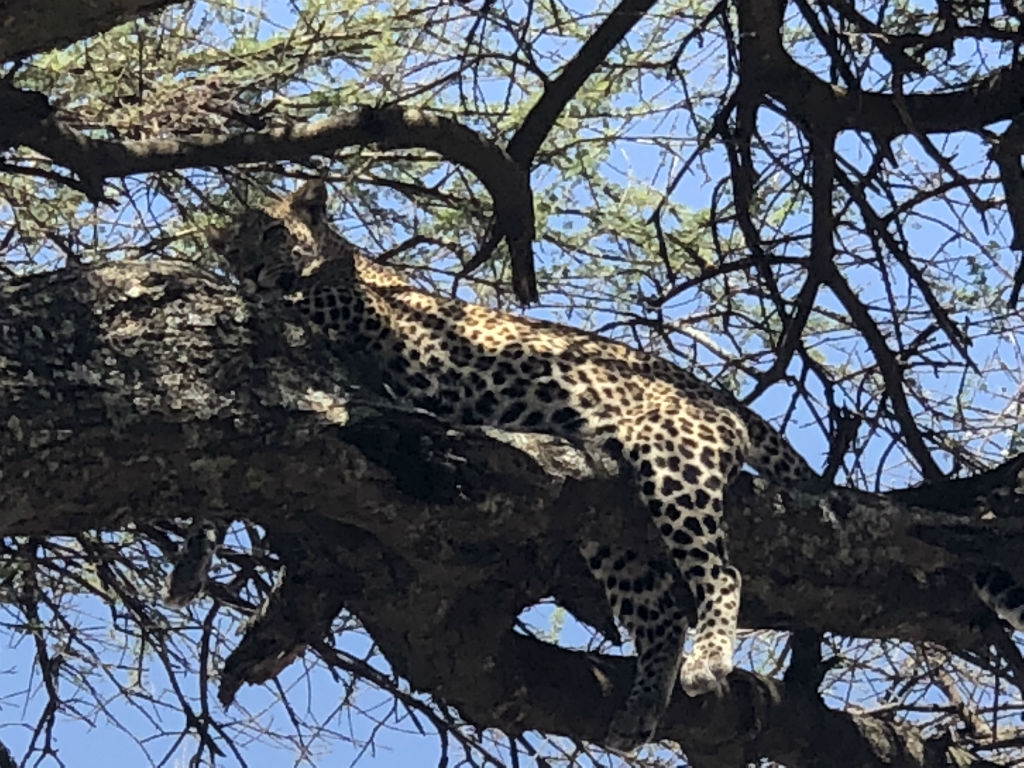 Leopard sleeping in the tree

On our way back to the hotel we visit the hippo pool. We find them highly active and engaged, different from the lazy overweight beasts we’ve previously seen!  We see two hippos playing with each other by nuzzling their noses and pushing the other; others are talking a deep, sinus-clogged sound. One speaks and another responds. We are eavesdropping on a hippo conversation: “Ugh, my skin is so dry from all of this water.” “I’m so hungry I haven’t eaten in an hour.” “I really need to go on a diet.”

Q. What is a group of hippo called?